Claremont is a General Law City governed by a five-member City Council. Claremont General Municipal Elections are conducted in November of even-numbered years and are consolidated with the County of Los Angeles. City Council Members are non-partisan positions, serve a four-year term, and do not have term limits. Terms are staggered, so that two seats are voted on during one election cycle and three seats during the next cycle.

In February 2019, the City transitioned from at-large elections to a district-based election system. The by-district system divides the City into geographic areas. Voters will select a Council candidate from their district every four years. The next General Municipal Election will be held on November 3, 2020. The election will be for two (2) Councilmember District Seats (Districts 1 and 5). 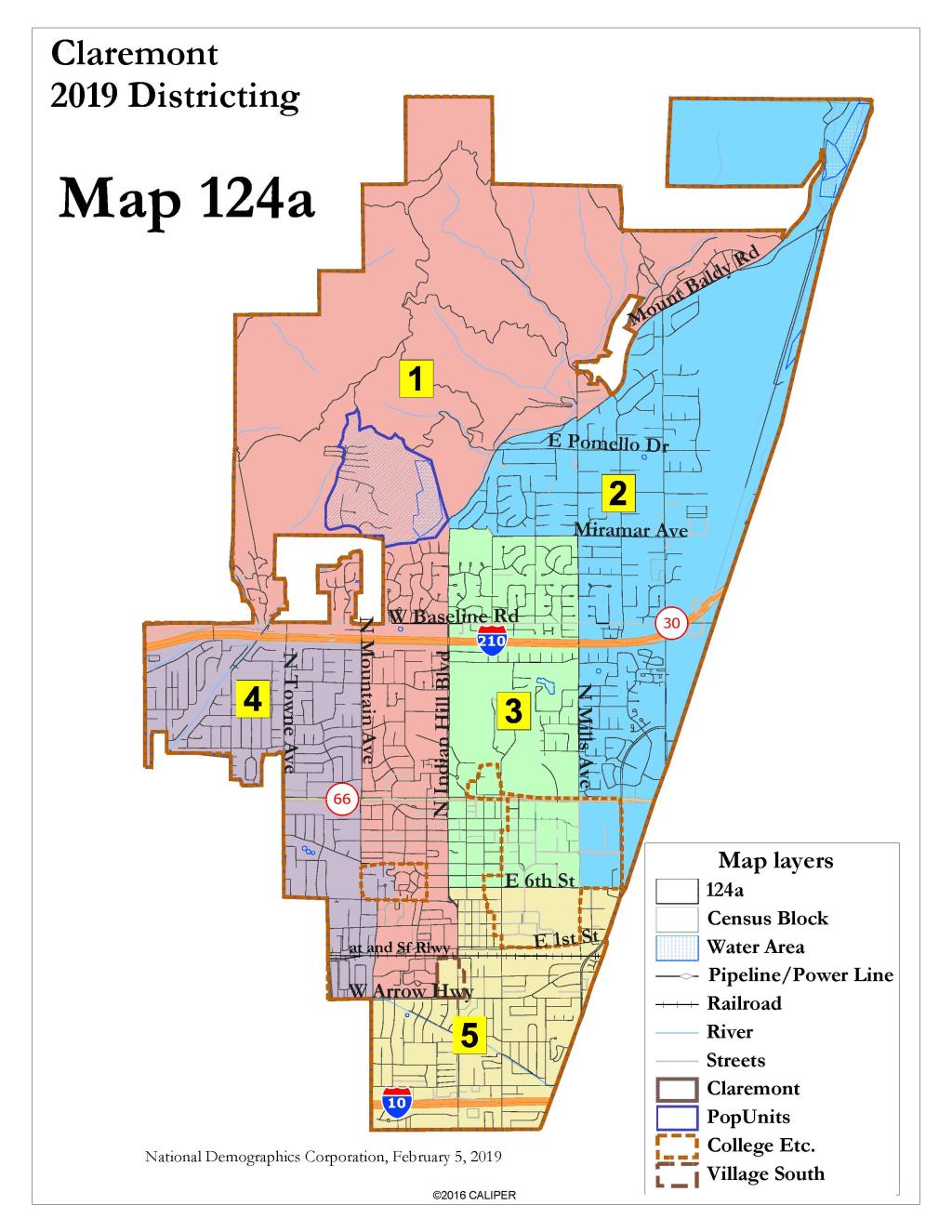 The nomination period opens Monday, July 13, 2020, at 7:00 a.m., and closes on Monday, August 10, 2020, at 6:00 p.m. The candidate packet to run for District 1 or 5 in November 2020 can be obtained from the Office of the City Clerk or on the City website. The candidate packet will include, but not be limited to the following material, which will be filed by candidates during the nomination period:

Each candidate is required to receive not less than twenty (20) and no more than thirty (30) valid signatures. Signers must be registered voters of Claremont residing in the District in which they are signing nomination papers for.  If the signer is ineligible, the signature will not be counted.  Signers must sign and print their name and address clearly.  If the nomination paper is found to be insufficient, a supplemental paper may be issued to the candidate and shall be filed by the above deadline date.

The Nomination Paper form will be provided by the City Clerk to each candidate during the nomination period.

2. Affidavit of Nominee and Oath or Affirmation of Allegiance

The Affidavit is an official document in which the candidate indicates how his or her name and ballot designation is to appear on the ballot and declares if elected, will accept the nomination. It is to be completed and filed at the time all other nomination papers are filed.

Affidavit of Nominee and Oath or Affirmation of Allegiance Form

The ballot designation describes the current profession, vocation, occupation, or incumbency status of the candidate that will appear on the ballot under the candidate’s name.

Candidates may prepare a 200-word Candidate Statement to be printed and mailed to voters in the Official Sample Ballot Booklet.  Content of the statement shall be limited to a discussion of the name, age, occupation, education and qualifications of the candidate. Candidate Statements will be translated into all languages required by the County of Los Angeles. This is reflected in City Council Resolution 2020-43 Section 2 A and B. If a candidate chooses to prepare a statement to be included in the official sample ballot booklet, he/she shall pay $400 or $800 toward the cost of printing the statement. ($400 is for English only, $800 is for English and Spanish)

The County will transliterate your name in Armenian, Cambodian/Khmer, Chinese, Farsi, Hindi, Japanese, Korean, Russian, and Thai. Candidates will also be permitted to submit their own transliterations for each or all of these languages. A review period will be established to allow candidates to request changes prior to the deadline set to print translated Official Sample Ballot Booklets. Various minority community groups and news media assist this office by reviewing submitted transliterations to insure uniform name recognition within the community. Once transliterations are considered final, no further changes or submission of transliteration requests will be accepted after the review period. There will be no exceptions.

Form 700 must be completed by all candidates filing for the office of councilmember and filed with the nomination papers by the filing deadline (see Candidate Calendar). The completed Form 700 Statement of Economic Interests is then forwarded to the Fair Political Practices Commission (FPPC) in Sacramento, is available for public inspection and is subject to audit by the FPPC.  The form discloses certain financial interests including investments, interests in real property, income and gifts.  Information related to filing Form 700, as well as an electronic version of the form can be found at the Fair Political Practices Commission website.