The Wilderness  Park will be closed Monday, June 1, through Wednesday, June 3 for fire road maintenance. This annual maintenance requirement will be conducted by the LA County Fire Department. The CHWP will reopen on Thursday, June 4. 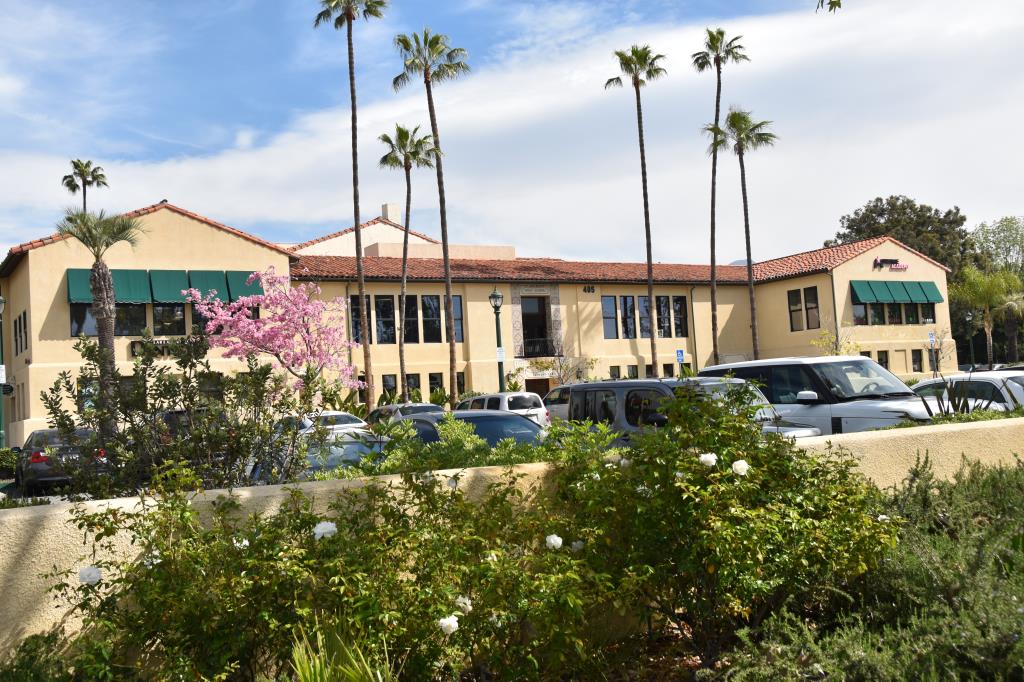 On Tuesday, September 24, the City issued building permits for 30 residential condos and a 240-space parking structure on the site of a previously-vacant hotel wing at the Old School House (OSH)/DoubleTree Hotel property. The project is part of the “Specific Plan for OSH/Claremont Inn Revitalization,” which was approved by the City Council in December 2006. The new residences are located along the north end of the property above 60 below-ground parking spaces reserved for residents. These spaces will be accessed by elevators from the courtyard of the condos. The remaining 180 spaces will be in a two-level parking structure located south of the new condos and north of Buca Di Beppo Restaurant. The lower parking deck is partially below grade and the upper parking deck is approximately 1/2 story above grade. These new parking spaces will serve the surrounding businesses including the DoubleTree Hotel, Trader Joes, and the Candlelight Pavilion Dinner Theater. The vacant wing of the hotel was originally demolished in early 2018.

A photo of the previous hotel wing, aerial photo of the site, and architectural drawing of the new project are provided below. 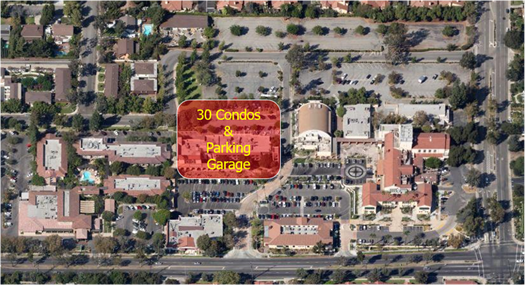 History of the Development at the Old School House

On Wednesday, July 26, 2017 the Architectural Commission approved the design review plans associated with a proposed new building that would be a centerpiece for the Old School House (OSH) development. The building includes 30 residential condominium units and a two-level parking garage with 240 spaces. The project site is the area north of the Buca di Beppo parking lot, and west of the Candlelight Pavilion. This area currently contains a vacant three-story hotel building and surface parking lot, which will be demolished to accommodate the new construction (see aerial below). 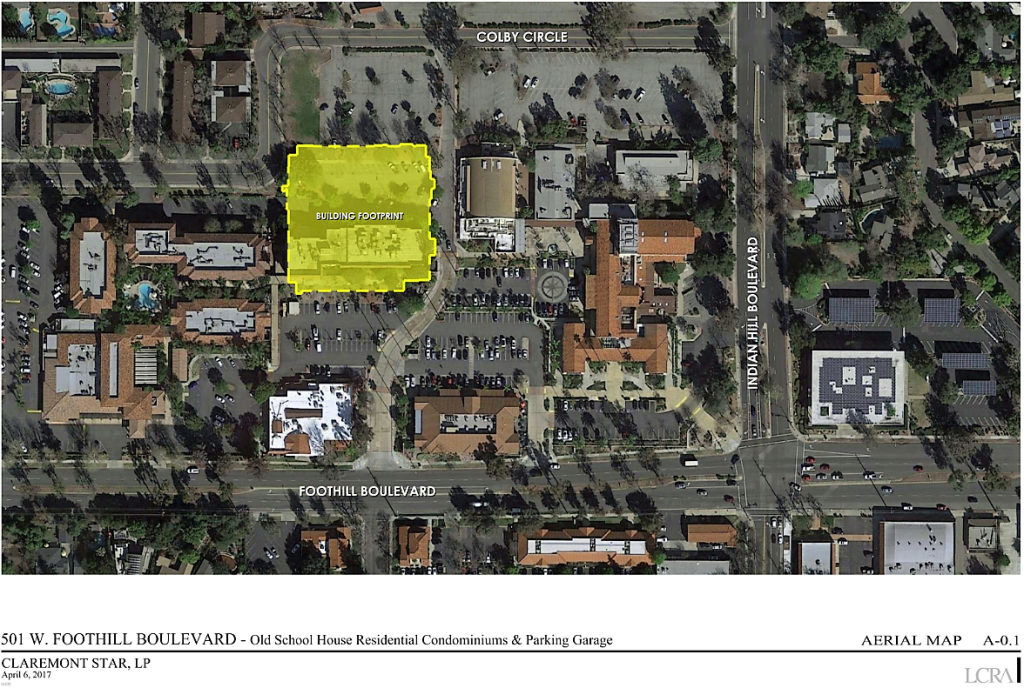 On July 11, 2017, the City Council approved a tentative subdivision application, which makes minor adjustments to the existing OSH site property lines, cleans up various easements, and allows for construction of the new building that includes the residential condominium units and parking garage. The subdivision map also creates a new private road, which is a planned element of the Specific Plan. This private road would run east/west, immediately north of the new development and the Candlelight Pavilion, connecting southwest Colby Circle to Indian Hill Boulevard. Note that the new private road will be in addition to Colby Circle (which will remain in place as a public street).

The exteriors for the new development will incorporate influences from Spanish architecture to be compatible with the character of the historic portions of the OSH.

The new residences include a mix of two and three-bedroom units. Twenty of the units will be single-story flats, six units will have two-story floor plans, and four will have three-story floor plans. Together these units form a three-story residential complex organized around a central courtyard. Front doors to most of the units will face onto the courtyard; however, first story units on the north side will front the new private street located along the northern edge of the site to give the project a neighborhood feel.

The parking structure is designed to serve as two independent parking areas. Sixty parking spaces reserved for the residential units are located in a secured basement level beneath the residences. This portion of the garage is accessed from Colby Circle near the northwest corner of the parking structure. The remaining 180 spaces provide centralized parking for the commercial portions of the OSH/Doubletree Specific Plan area and are accessed from the southeastern corner and east side of the structure.

The OSH Specific Plan was originally approved in 2006. Early development under the Plan included renovation to the Doubletree Hotel, renovation of the OSH retail and office complex, and construction of a new retail building that includes Trader Joe’s Market.  Preparation of construction plans will soon begin and the public will be informed when permit issuance and construction dates are determined.

Copies of the design plans and subdivision map are available at City Hall, Planning Division, 207 Harvard Avenue, Monday through Thursday, between the hours of 7 am and 6 pm. For more information on the proposal, please contact Senior Planner Mark Carnahan at (909) 399-5322, or via email at mcarnahan@ci.claremont.ca.us.