A notice has been issued by the National Weather Service for a potential strong wind event.  This event is expected to begin Tuesday, January 28 through Wednesday, January 29.  This wind event has the potential to down trees, power lines and blow debris throughout the Wilderness Park, Thompson Creek Trail, and City.  Please use caution around trees, power lines, and secure your property.  City parks will remain OPEN during this time.

On Monday, November 12, Foothill Gold Line Construction Authority announced it will be proposing a two phased approach to building the Foothill Gold Line Extension from Glendora to Montclair. While the first phase to La Verne is anticipated to be completed with available funds, the second phase from La Verne to Montclair is not funded. The proposal by the Authority is being made after all four of the project bids were received and came in millions over the estimated cost and funding available. The Foothill Construction Authority Board will be asked to increase the total project budget by $570 million to cover the construction of the line from Glendora to Montclair. The increase would bring the total project cost to $2.1 billion. Should additional funding be secured within two years, the line would be extended through Claremont and onto Montclair.

While incredibly disappointing, Monday’s announcement does not lessen the City’s commitment to bringing the Gold Line to Claremont. Staff will continue to work with the Foothill Gold Line Construction Authority on the project and assist with identifying funding to complete the line. We will keep the community informed throughout the process.

The Foothill Gold Line from Glendora to Montclair is a 12.3-mile extension of the Metro Gold Line light rail system that currently runs between Los Angeles and the City of Azusa, along the Foothills of the San Gabriel Valley. The extension is part of the growing network of rail lines being built throughout Los Angeles County, and will add new Gold Line stations in Glendora, San Dimas, La Verne, Pomona, Claremont, and Montclair.

On October 10, the City Council unanimously voted to concur with the Foothill Gold Line Construction Authority’s plans to construct the Indian Hill Boulevard crossing of the Gold Line tracks above grade and approved a conceptual bridge design based on community input. Over the course of three months, City staff conducted a series of community presentations aimed at gathering community comments on a bridge concept.

The meetings were prompted after the City was informed that the California Public Utilities Commission (CPUC) will require a bridge over Indian Hill Boulevard to accommodate the Gold Line trains due to the number of pedestrians, vehicles, tracks, and frequency of train crossings. In addition, Metro completed a grade crossing study, which ranked Indian Hill Boulevard as the third worst crossing out of more than 100 grade crossings in Los Angeles County. Based on these factors, the City began additional community discussions about the possibility of a grade separation and hired a local architect to provide conceptual designs to address some of the initial concerns about the bridge concept.

The main concerns from the community on the original bridge concept were:

To address these issues, the new conceptual design includes opening up the span an additional 75 feet, bringing the total open space under the bridge to 225 feet, narrowing and shaping the bridge piers, setting back, inclining, and introducing some curvature to the thickest portions of the span, and replacing heavy concrete safety rail with light wire guardrail.

The preliminary conceptual design can be seen below:

Staff presented the new concept at several community meetings. Based on community feedback, the City believes the new design of the bridge alleviates many of the original concerns.  City staff will continue to work with the community, the Construction Authority, and the design-build contractor on details of the bridge.

The City recently held a series of community meetings to educate the community on the Gold Line Extension and its impact on Claremont. City staff presented information on the rail alignment, crossings, parking structure, and possible grade separation. During the meetings, staff took community feedback.

The presentation from the community meetings is attached below:

Photos from the September 11, 2017 Community Meeting: 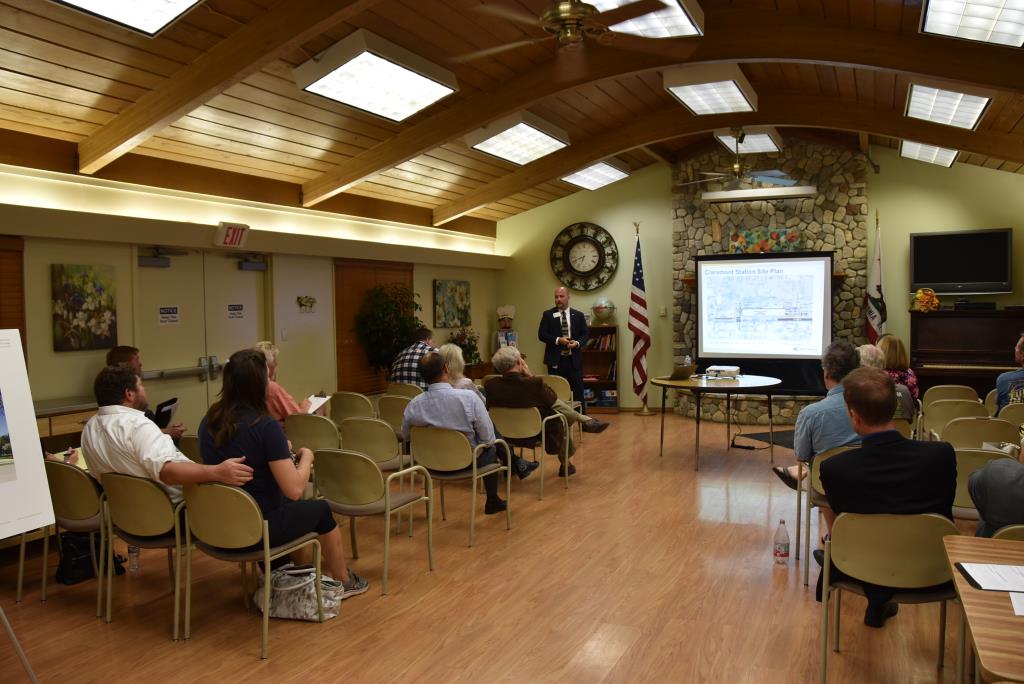 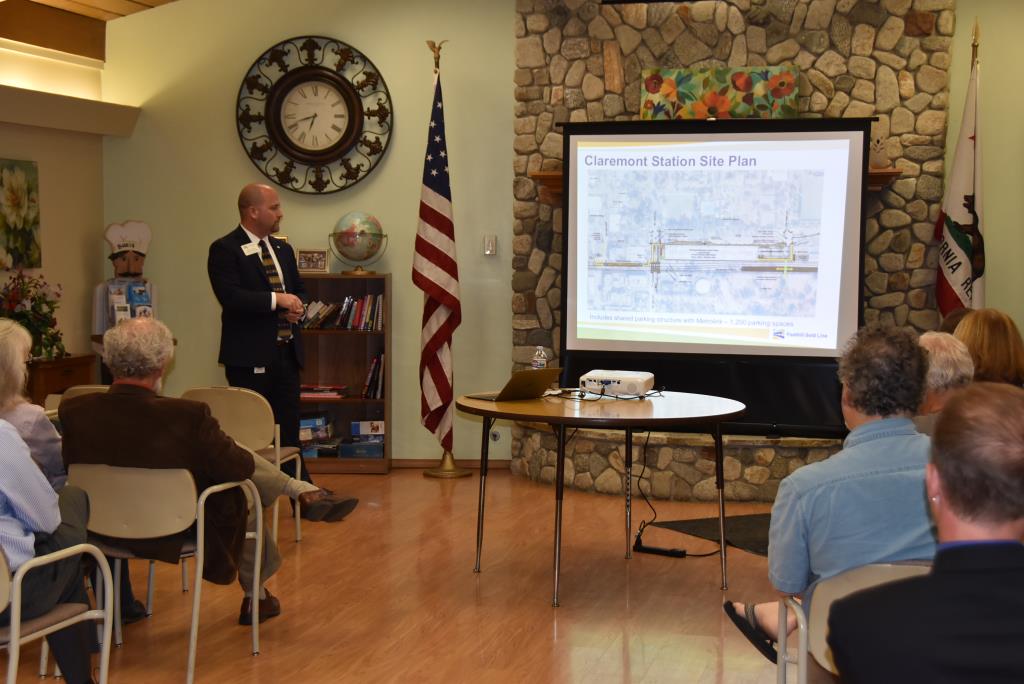 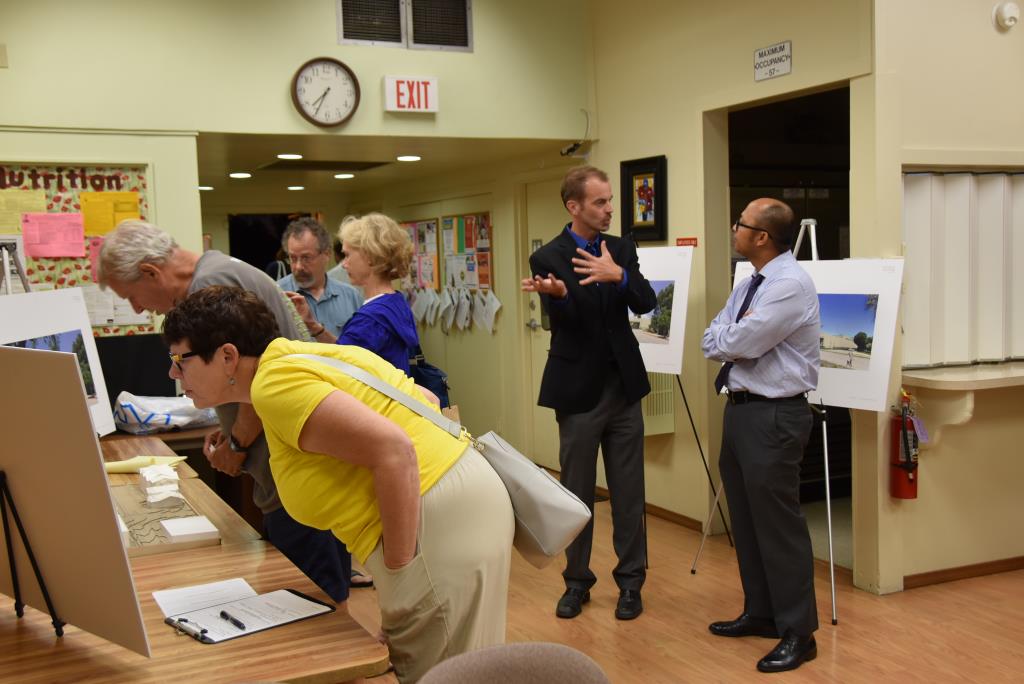 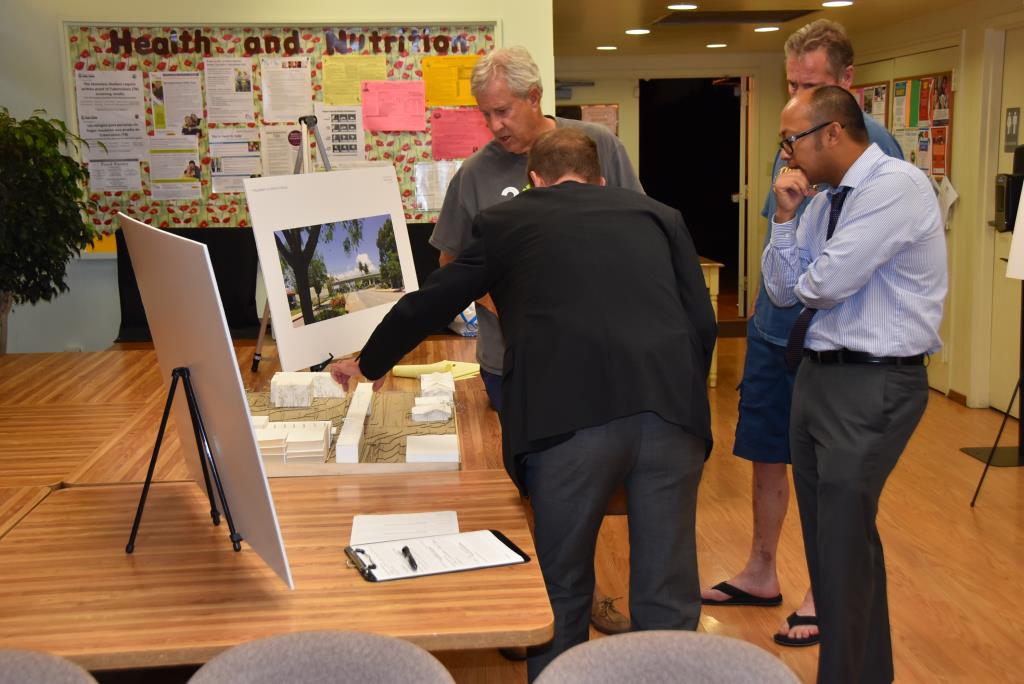 This video provides an overview of the anticipated construction process for the Gold Line project from Glendora to Montclair. Animations in the video explain how the freight and Metrolink systems and Claremont Metrolink station will be relocated and rebuilt within the shared rail corridor with minimal disruption to their services as part of the Foothill Gold Line project.

Gold Line proposed the bridge concept to elevate the increased trains and traffic impacts on Indian Hill Boulevard. The Gold Line trains will run on 10 minute headways in each direction, for a total of 12 additional train crossings each hour.

To gather Village the community's  feedback, the City held two community meetings and provided information on the proposal to local papers, on the website, and in the City Manager's Weekly Update.

At its February 23, 2016 meeting, the City Council unanimously voted to support the Gold Lines requested to do additional environmental review on the bridge concept and directed staff to work with Gold Line to develop design concepts for review by the City's commission, community and City Council. the City will have until February of 2017 to develop a conceptual design. Should the City not agree on a design, the crossing will revert to an at street crossing.